Dewi is originally an house dancer. In 2013 she graduated at the Urban Dance Academy and fell in love with house music and dance. She was eduacated in all different urban styles but developed herself as an house dancer. She gave many dance classes, participated in dance battles and performed on different stages. In her hometown Den Bosch is a breaking crew called 'Cypher Active'. Together with this crew she grew up and they became her family. All together they went to different battles, events and did shows.

Next to these organisations she also worked on different projects: The Floor Is Yours, BST connection and wYzer.

In 2018 Dewi graduated Sport Management Master and started as a freelancer. Nowadays she works as a freelancer for different organisations she developed. 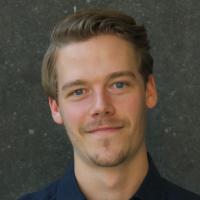